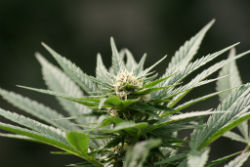 Sleep apnea is a condition that interrupts restful sleep at night. The interruptions happen in the breathing pattern of a person, which can last between seconds to minutes.

The most severe form of sleep apnea is known to cause 30 such interruptions within a span of 1 minute.During sleep apnea attacks, the person generally makes noises that are anywhere between snoring and trumpet-like sounds. Sputtering may also be involved as the person goes into semi-wakefulness mode while uttering a few unclear words.

This condition mostly affects men, the elderly, and those who are overweight. While throat surgery is a treatment option, patients suffering from this condition can also use CPAP or Continuous Positive Airway Pressure device. CPAP is a special device that consists of a plastic airway passage attached to a face mask on one end and an air pump on the other.

While these ‘’solutions’’ are currently used to combat the problem, they often lead to a less restful night.So, does it mean that there is no solution to apneacs wanting to get relieved?According to a study conducted by Illinois University researchers, taking THC (from cannabis) and Oleamide (animal cannabinoid) in form of an injection could restrict the production of serotonin.

Serotonin is a neurotransmitter which can cause sleep apnea. Moreover, the study demonstrated that the reduction of serotonin in lab rats eliminated their sleep disruption by a whooping 58%. However, the question is, can this work on human beings?

Well, a 2013 study by the same individuals proved that THC had the same quelling effects on human beings as in rats. This proof of concept demonstrated that the apnea-quelling effects were strong enough for the study to be rolled into a full-scale clinical trial.

In 2014, another research was carried out on the same matter to determine how cannabinoid treatment could work to reduce or eradicate sleep apnea. They experimented with rats where they injected THC in the back of their throats. This time, they still observed that THC was restricting serotonin production. Secondly, it was tightening up the throat muscles (at the back of the mouth) which are responsible for causing snoring when relaxing at night.

If these studies are anything to go by, then THC should soon be generally accepted as a reliable way to treat sleep apnea.