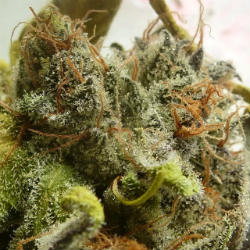 Anorexia nervosa is a psychiatric condition that causes an individual to develop an intense fear of gaining weight.

This effect, colloquially referred to as anorexia, is among the most severe of all eating disorders, affecting mostly young women worldwide but especially in European and American countries.

First described in 1873 by William Gull, the condition now affects over two million people and is exacerbated by modern ideals of beauty and underweight fashion icons and celebrities.

Those with the condition develop an image of themselves as unattractive due to their weight - even if they are, in fact, critically underweight. Sufferers will commonly starve themselves or purge food in bulimic episodes.

Consequently, health effects related to undernourishment are common, including immune system disorders and general decline in physical faculties.Anorexia kills hundreds each year, but a far larger number are hospitalized or otherwise critically endangered in the same time frame.

Approximately five percent of long-term cases will prove fatal over ten years or less. As the condition is related to failing self-perception, depression and suicide add to the death toll and are often not tied to anorexia in autopsies, causing death figures to be underreported.

Some cases may also be caused by narcotics use, stomach disorders, or reaction to prescription medication, creating additional risk factors for any such individuals.

Is Cannabis A Viable Treatment?​

Cannabis has been seen as an effective treatment for anorexia for several reasons. Perhaps most importantly, cannabis use bolsters appetite, a desperately-needed effect for those who have inured themselves to pangs of hunger.

In fact, appetite correction ranks among the leading rationales for medical cannabis prescriptions, along with pain reduction and anti-inflammatory roles. Without a stimulant to foster their desire for food psychologically, many anorexia patients must be tube-fed to save their lives.

These tubes, in addition to often being inhumane, can create further self-esteem issues and cause additional discomfort among most patients.Also key in most cases of anorexia are anxiety levels in the patient.

Cannabis helps to reduce anxiety and calm people mentally, allowing them to better receive medical professionals, counselors, and loved ones looking to intervene.In 2002, a study was conducted on various groups with eating disorders who were assigned medicinal cannabinoids.

While patients with Alzheimer's who had previously been refusing food did gain weight with the medicine, those with anorexia saw few of the same benefits. However, an additional study found the single most common side effect among medicinal cannabis users to be increased appetite, with over 30 percent of respondents indicated elevated hunger.

The effects of cannabis on anorexia are primarily psychological in nature - increased desire for food and greater openness to discussion on their condition. With proper counseling, anorexic cannabis users can be helped by being introduced to refreshed, realistic beauty ideals and more reality-based conceptions of their own appearance and bodily health.​