Can Cannabis Help with Symptoms of Autism? 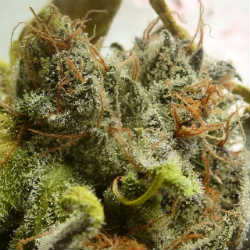 Autism is a neural disorder that impacts social skills and behaviors as well as communication. While people with Autism have no physical markers of their mental disorder, they have their own set of unique challenges in life. People who have Autism Spectrum Disorder may communicate or behave differently than neurotypical people. They also may learn differently than others.

There has been a lot of talk recently about what causes Autism Spectrum Disorder. Some point fingers at vaccines, others believe that it’s caused by an illness in pregnancy being passed through the umbilical cord. However, right now, there is no proven cause of Autism.

Recently, researchers were studying the genetic aspect to Autism Spectrum Disorder, and found that there is definitely a genetic component to the disorder, but other environmental factors might come in to play as well.

How Cannabis Can Treat the Symptoms of Autism?

There are many stories coming out (and more everyday) about how Cannabis can help people with Autism manage certain feelings and behaviors associated with the mental disorder.

A family in Oregon used medical Marijuana to help their son with his sensory-motor and self-destructive behaviors. Written in a Facebook post, the father says that Medical Marijuana is “the one medicine that we have seen work.”

Another parent found that medical Marijuana was the only thing that could get her son to eat food again, after his other medications made him completely lose his appetite.

There are so many more stories out there of parents using medical Marijuana as a treatment﻿﻿ for self-destructive behavior, aggression, anxiety, and depression that sometimes come hand-in-hand with Autism Spectrum Disorder.

Should You Consider Treating Your Child with Cannabis?​

This is not an easy question to answer. Very little medical testing has been done on the efficacy of Cannabis treating symptoms of Autism Spectrum Disorder. That being said, there are many strong grassroots movements and plenty of testimonials out there to make medical Marijuana a great treatment for some of the key features of Autism.

But on the other hand, there is still a huge debate about whether or not Cannabis should be used medically, especially when the patient is a child. Marijuana is still a Schedule I drug, which means that the United States finds that there is no accepted medical use for it and it has a high potential for abuse. That means that it is very hard for medical research on Cannabis to get approved.

Without those studies, we do not know the effects Cannabis has on children or if there are any negative side effects to treating symptoms of Autism with Cannabis. The Schedule I status of Cannabis simply must change so that we can get more information on this treatment.