Cannabis + OCD: Does It Work? 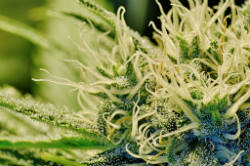 OCD, or Obsessive-Compulsive Disorder is a condition that poses very little health risk in physical aspects. However, it can wreak havoc in a patient's mental and social stability.

The problem is that OCD-diagnosed patients have a low relief rate when traditional treatments are applied.

Now, the spotlight has turned to marijuana to provide an unconventional, yet effective approach to treating the disorder.

​OCD is a condition that's marked by overly repetitive thoughts, actions and behavior.

An interesting fact has revealed that almost all OCD-diagnosed patients have a higher average IQ than a normal person without OCD. The more concerning fact is that first-line OCD treatments do little to alleviate the symptoms.

The American Journal of Psychiatry received a letter in 2008 from German researchers claiming that medical marijuana derivatives were effective in treating Obsessive-Compulsive disorders. A THC-based pill called dronabinol was key in the case study.​

The first case was a middle-aged woman suffering from depression and OCD despite repeated traditional treatment via behavioral therapy and pharmaceutics. The researchers had the woman take 10mg of dronabinol 3x a day along with her pharmaceutical regimen. The researchers noted a significant decrease in OCD symptoms in just 10 days.

The second case was a middle-aged man suffering from OCD and schizophrenia despite repeated electroconvulsive therapy and antipsychotic medications. The researchers had the man take dronabinol along with the patient's medicinal treatment. The researchers noted a significant decrease in OCD symptoms in just 2 weeks.

Patients suffering from Toure﻿﻿tte's, OCD and tic disorders share a common factor. Tourette's syndrome and tics are more associated with each other, but discoveries have found that OCD is also linked in with tics. Around 30 percent of all patients diagnosed with Tourette's have also been diagnosed with OCD.