Effects of Cannabis Terpene on Humans 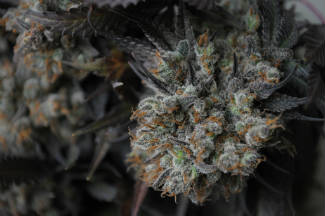 For a long time, people have only thought of cannabis in terms of its cannabinoids content. Fortunately, science is changing all that and research shows that there is a lot more we are yet to learn about cannabis that's helpful.

Terpenes are fragrant oils found in herbs, fruits, and some plants. In cannabis, they are secreted in the same glands that secrete THC and CBD. Some types of Terpene interact with the body's physiology to increase the permeability of the brain cells. That in turn increases the absorption rate of THC and other cannabinoids.

Mangoes are one of the common plants that contain Myrcene, a type of Terpene that gives them a clove-like smell. When ingested, Myrcene increases the permeability of the brain cells. That allows cannabinoids to cross the brain-blood barriers that they would otherwise have blocked them. That’s why some people say that eating mangoes helps you to get “high” faster.

The research further says that the Terpene can influence the body's neuro-transmitters. It alters the way our brains interprets the smell and taste from different stains. Their findings give us a deeper insight on why different stains taste and smell differently to us.

Furthermore, Limonene, a type of Terpene can alter the production of brain chemicals such as serotonin, which when present in higher levels, elevates a person's mood. According to one of the researcher Dr. Dabber Ghost, people can benefit from their finding if only they can get access to cannabis that researcher have grown in a controlled environment.

Those benefits are lost when cannabis is grown in varying growing and curing settings. Different growing settings will produce different levels of Terpene. That in turn will have different effects when ingested on your senses and brain’s chemical balance.​