The Link In Medical Marijuana and Neuropathic Pain 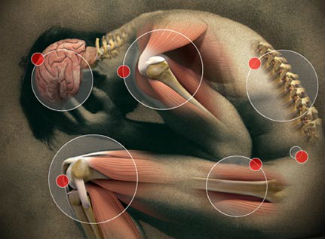 Neuropathic pain is a type of damage due to nerve compression. Chronic malignant pain is felt by patients who have a worsening disease process and often accompanies individuals who have cancer.

Chronic non-malignant pain is the leading cause of disability in the United States. But the rise of cannabinoid therapies may have yet to save the day for maintaining a high quality of life for patients who experience debilitating neuropathic pain.

Medical marijuana is an effective treatment for those who are suffering from chronic pain. By its nature, cannabis can be easily incorporated into an existing opioid dosage. Some cases even showed how whole-plant cannabis was able to fully replace opioid dosages which delivered the same kind of results.

A comparison was drawn using print sources from the 50s and numerous online medical databases. Researchers limited the clinical trials to randomized placebo-controlled tests, then compared harmful events and the intensity of pain among the studies. A total of 24 tests were brought up but only 13 were considered due to the other tests not fitting the following criteria- 1. pain reduction was not measured 2. nonmalignant neuropathic pain was not included 3. not a randomized placebo-controlled test.

The 13 tests were then rated according to the Jadad Scale, a standard for determining the quality of the trials and as an excellent tool for measuring bias against pain research.

Cannabis extracts used in chronic nonmalignant patients provided effective analgesic benefits, while other treatments were not as responsive. Other notable findings included the patient's improvement in terms of anxiety, nausea, appetite and sleep quality.​