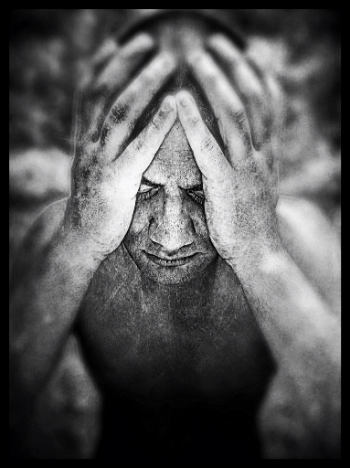 Depression can result from social, biological or psychological factors, which means it has no straightforward cure or treatment. What is important is ensuring you live a healthy lifestyle by eliminating stressors, exercising regularly, which boosts endorphins, meditating, sleeping 7-9 hours a day and eating a balanced diet.

​Psychotherapy can be used to help in recognizing and expressing emotions while enhancing the skills that are needed to cope with trauma, loss or adversity. Types of therapy can include interpersonal, family-focused or cognitive behavioral therapy.

Depression can’t be treated using antidepressants alone, which can take weeks to take effect. Disorientation, weight gain and dizziness are among the side effects. Make sure you talk to your doctor.

How Can Cannabis Help In Treating Depression?

Throughout history, Cannabis has been used in treating depression. In 1621, Robert Burton, an English Clergyman, recommended cannabis use in his book THE ANATOMY OF MELANCHOLY. At the same period, doctors in India were treating their patients' depression using it.

Cannabis is a fast working alternative to anti-depressants. It speeds up the development and growth of the nervous tissue and stimulates the Endocannabinoid system with minimum side effects. It’s a natural remedy that gives patients peace of mind and fights stress by providing focus and energy, combating insomnia, making you feel hungry, reducing anxiety and improving your mood.​

A 2006 study found that daily or occasional consumers of cannabis have reduced levels of depression symptoms than non-users. In Montreal, McGill University researchers found that THC in low amounts produces serotonin and can act as an antidepressant. They found that THC in high amounts can make depression symptoms worse. The cannabinoids CBD and THC are known to bring antidepressant, sedative and antipsychotic effects on users.

THE UNIVERSITY MEDICAL CENTER UTRECHT, THE NETHERLANDS., promoted marijuana as a depression cure and for other mental illnesses. That’s after carrying out a lab study that found THC can change the response to negative emotions or images by activating the brain's Endocannabinoid system. Cannabis use was found to improve the cognitive function in people with bipolar disorder.

More research needs to be done. However, research will continue to be limited as long as the federal government keeps classifying cannabis as a Schedule 1 drug. Additionally, in most states, depression is not a qualifying condition to get a cannabis recommendation. We know that stress is among the leading depression causes while using cannabis moderately appears to stabilize moods and lessen stress.

AT BUFFALO'S RESEARCH INSTITUTE ON ADDICTIONS, Samir Haj-Dahmane, a research scientist (senior) , who specializes in studying depression that’s chronic and stress, concurs,” chronic stress is among the depression causes, "Haj-Dahmane says.”Utilizing ingredients that are got from cannabis or marijuana to restore the body's normal Endocannabinoid function could potentially help to ease depression and stabilize moods."