How Does Medical Marijuana Help With Diabetic Patients? 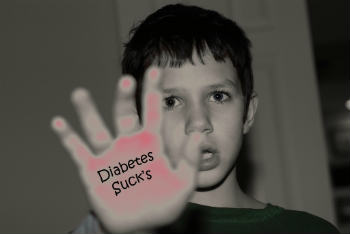 How can marijuana make users lose weight despite the medical drug having a unique effect of giving them a case of "the munchies"?

​Moreover, why are most marijuana users not obese, are at a much lower risk for diabetes and have lower BMIs than that of a non-cannabis user, despite the fact that medical marijuana stimulates the appetite which leads them to consume more calories?

The key factor lies in metabolism. Murray Mittleman, professor of medicine over at Harvard Medical School, has an answer- those who used cannabis had a much lower insulin level and maintained a normal blood-sugar level better than non-users.

The study had more than 4,000 men and women participating in a National Health and Nutrition Exam Survey. About 48 percent of the population smoked marijuana at least one time in their lives, and about 12 percent were consuming medical cannabis. Other control factors included physical activity, alcohol use, cigarette use, income, sex, and age.

Users who smoked marijuana showed optimal fasting insulin levels of 16 percent or more as compared to the non-users; they also had a markedly higher lipoprotein density, which is also called the "good cholesterol". Regular cannabis users have a remarkably smaller waistline than those who never used their whole life.

These findings and connections between cannabis and diabetes are still unclear as of the moment, but politics can muddle up further research before anything is concluded. One suggestion is that the cannabis brain receptors are largely about controlling metabolism and appetite, but there's no clear line as to exactly what cannabis does in regards to insulin response, caloric intake and appetite.

More and more states are now legalizing the use of medical marijuana. There's a certain truth in how c﻿﻿annabis leads﻿﻿ to a ﻿﻿lesser ﻿﻿like﻿﻿lihood of developing diabetes or obesity. Finding the correlation could prove to be key to solving one of our nation's most prevailing health epidemics.​