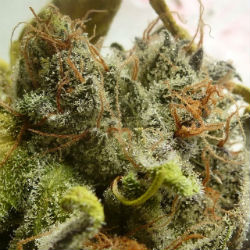 Muscular dystrophy is a term used to describe a group of disorders. These disorders are genetic and the predominant feature of each is the weakening of the musculoskeletal system.

These are progressive disorders where the muscles in various parts of the body gradually become weaker and lose muscle tissue. Areas typically affected include the limbs, the face, the chest muscles and the heart.

Healthy individuals have a key protein in their bodies that play an important role in the performance and integrity of the muscles. This protein is absent in people with muscular dystrophy.

Degeneration of muscle tissue characterizes the group of conditions under the umbrella of muscular dystrophy and, in some cases, this degeneration leads to the sufferer requiring a wheelchair as their mobility is impaired.

Some of the most common forms of muscular dystrophy include:

Although there is continued research into each of these conditions, there is no cure for muscular dystrophy at this time. Therapies and medications aim simply to relieve the symptoms and slow down the progress of the condition and some current drug trials have made progress with this.The treatment plan for a person with muscular dystrophy focuses slowing progression and making sure the person is in as little pain as possible.

Children with muscular dystrophy are often prescribed a group of medications called corticosteroids. The purpose of these drugs is to increase the length of time for which a child can walk.Preventing spinal deformities, maintaining a person’s mobility and reducing the risk of joint deformities are other areas of focus for treatment.

Activity is also a recommended form of therapy for patients as it is believed that immobility has the potential to worsen muscular dystrophies.In terms of pain relief, people with muscular dystrophy are generally prescribed narcotic pain medications if they are suffering from chronic pain. There are three potential problems with using opiates such as these in the long-term.First, there are many potential side-effects from taking opiates. These include, amongst others, vomiting, constipation, itching and respiratory depression.

The second problem is that the patient can develop a tolerance to the drugs and this necessitates an increase in the dosage for the opiates to effectively relieve pain. Finally, opiates in the blood are potentially dangerous to muscular dystrophy patients as it is common for them to experience respiratory difficulties.

An alternative to prescribing opiates is medical marijuana. The benefits of medical marijuana for people with muscular dystrophy include relief from pain, appetite stimulation, sleep induction, muscle relaxation, saliva reduction and bronchodilation. A further advantage of medical marijuana is that it does not increase the levels of opiates in the blood so will not have an adverse impact on any respiratory difficulties the patient is experiencing.

The pain-relieving benefits of smoking marijuana are felt almost instantly by the person with muscular dystrophy. This is because the active compounds, called cannabinoids are released instantly and relayed straight to the brain.

An alternative to smoking the medical marijuana is to use a vaporizer. Inhaling the vapor released by these devices will have the same benefits to the patient but eliminates the toxins released when smoking marijuana. Therefore, the patient avoids the respiratory problems that are linked to smoking.