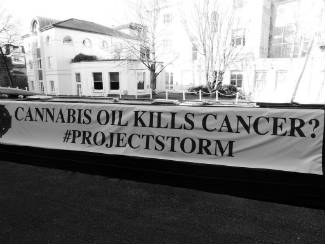 The National Cancer Institute has recently updated their website FAQ section. In it, the government-sponsored agency posted findings that show cannabis as a proven killer of cancer cells.

Here are some excerpts found within the NCI website.

Animal tests and lab studies have shown that cannabinoids kill off ﻿﻿cancer ﻿﻿cells while protecting the normal ones. Cannabinoid inhibits the lethal growth of cancer in 3 ways:​

- Kills off the malignant cell growth.

Cannabinoid is particularly effective in controlling the inflammation in one's colon, therefore making it a viable treatment for colon cancer. A lab study involving liver cancer cells and delta-9-THC has shown the elimination of the deadly cancer cells. Marijuana acts upon the tumor by destroying it; non-small breast cancer and lung cancer cells may also be treated in the same manner.

Furthermore, CBD is particularly effective when used in conjunction with chemotherapy in eliminating cancerous cells while keeping the normal cells away from harm. Delta-9-THC plus CBD makes common chemo treatments like temozolomide more effective than as a standalone.

These preclinical trials have used animals as test subjects. As of the moment, there have been no clinical trials for cannabinoid use in humans as cancer treatment.

2. Cannabinoids play a large part in pain relief due to their ability as an effective anti-inflammatory compound. Cannabinoid receptors found on nerve endings, the spinal cord and the brain are being studied as they can play a significant role in providing pain relief.

There are more studies like these found on Pubmed. Marijuana is now being seen in a different light afters years of being demonized by governments being supported by big pharmas and GMO companies. This is a step forward to finally finding a viable cure to one of the most dreaded diseases in the world.