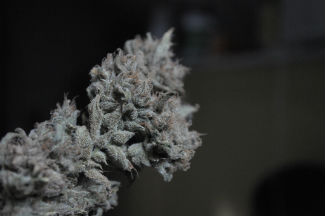 About a million Americans afflicted with epilepsy are receiving traditional treatments with little to no effect. The many families who are affected have children suffering from uncontrollable seizures. Medical marijuana has provided an effective outlet for treating patients who are told that there's no traditional cure for their diseases.

There are published journals dating as far back as 150 years ago detailing the positive effect of marijuana for seizure patients, but it's only now that this study is gaining ground due to widespread legalization campaigns. Researchers and government bodies have turned their eyes towards CBD and what it can do for medical science.

CBD is the component in cannabis that doesn't contain any psychoactive effects. This belongs to THC, or tetrahydrocannabinol, a compound in cannabis that also present possible cognitive impairment and addictive properties. Cannabidiol, when taken by itself, can counter the psychoactive effects, providing an anticonvulsant factor that's key to reducing instances of seizure.

Moreover, CBD is found ﻿﻿to ﻿﻿be an effective treatment against epilepsy, but that's about it. Scientists are yet to discover other beneficial effects or know how it specifically works. Medical marijuana is a different form of drug for treatment against epileptic seizures, which could be a good thing because manufactured medicines may just be a derivative of one type of drug.

Physicians and clinic doctors recommend having patients suffering from seizures to take a cautious approach to CBD medication. Scientists state that a child who has tried various traditional seizure treatments to no effect may very well try medical cannabis with confidence, as it proves to have a low to modest risk at best. Still, it's critical to acquire more data for a deeper understanding of what marijuana can truly do against seizures and how cannabis may be used to treat it.

The short answer is that cannabis is an acceptable form of treatment for those who are suffering from seizures, but more research should be done in order to clear up any confusion or misunderstanding about the drug.