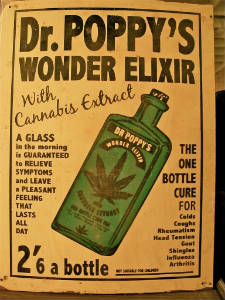 Tourette's syndrome is a neuropsychiatric disorder that begins in childhood. This hereditary condition is characterized by the vocal and physical tics, repetitious jerking motions and often inappropriate speech.

​Cannabis may be one way patients with Tourette's can reduce the frequency of their tics. Several studies have been conducted; one in Hanover, Germany had 17 Tourette's patients (out of a field of 64) admit to using cannabis. Fourteen out of the 17 said they experienced either some or total relief of their tics following the use of cannabis.

While some researchers are looking to see if cannabis alone could be an effective treatment option for Tourette's patients, other researchers are looking at adding cannabis to conventional TS drugs. Studies so far have shown that THC might be a useful drug in addition to risperidone and amisulpride. Best of all, there have been no serious adverse reactions from combining cannabis with conventional treatments.

Many people with Tourette's syndrome suffer some sort of sleep disorder. Although no research has been done on the effect of cannabinoids and sleep habits of Tourette's patients, there is enough anecdotal evidence to show that cannabis is a great sleep aid and would be effective for Tourette's patients. Cannabis works as a natural sleeping aid and can help TS patients who cannot fall asleep easily.

​Aggression is one of the most common symptoms of Tourette's syndrome. Patients who live in states that allow medical cannabis do have a 'cannabis pill' called Idrasil available to them. Patients who take Idrasil say that they have less anxiety and tics while taking this medication.

Further studies need to be done to see if Idrasil is safe for children. Aggression and outbursts of rage are common in up to 25% of children with Tourette's. The slightest thing might upset a child to the point where the level of aggression is greater than the act that upset the child to begin with. This type of aggression may lead to harming others or self-harm.​